Do you like visual novels or their subbranch otome games ? Those are the voiced picture book like games you can play at some platforms such as PC, tablets, mobile phones or some game consoles. You can effect the direction of the game a little bit through the choices you made, and achieve written endings.

This is the 9. visaul novel I’ve ever played so far and it is one of my favorites or simply just my favorite one. This game could be considered as follow-up of the Psychedelica of the Black Butterfly but aside from the game mechanics, some easter eggs, some references and endings, they are totally different games as well as different stories. So you can play this without playing it’s predecessor but in order to understand endings and story line I highly recommend playing PoBB .

To sum up to story ” Jed/Eiar who lives In a town where winter never ends, whenever she gets excited her eye turns into red. Red eye considered as indicator of witchs and if someone from the town learns her eye, her life would be in danger, because townpeople put the blame of winter on the wtich. That’s why she wears like a man, raised as man and can not use her real name Eiar. When she grow up she leaves the wolf manor where she raised in and starts to live in a distant tower with myterious amnesiac man, Ashen Hawk.

Also the town is ruled by two clans who constantly fight with each other. Those clans are Hawks( faruji) and wolfs (Volg). Hawks are known for their cruelty and merciless taxes while wolves are known for their modesty and helpfullness. In this town spring never comes, though town celebrates spring festival with a slight hope maybe it will come. An important piece is stolen from the church and the priests asks Jed who works as a handyman to find that piece before the spring festival. While looking for the piece Jed couldn’t find enough leads because hawks don’t help her due to her kinship with wolves, but they like to help Eiar. As story unfolds Jed illuminates the secrects of town as well as herself.”

And this makes me ask myself would it be better if secrects didn’t unraveled.

Main character of the game. Usually main character of those kinds of games are empty, doesn’t know what to do kinda characters and this makes me dissapointed, but Jed made me proud. She is straightheaded, knows how to wield a sword, doesn’t let her guard while crossdressing, emotional and fight through all of the hardship. She is well liked and she should be protected no matter what. Seiyu Tamura Mitsumi

Heir of the wolf clan. He helps the townspeople as well as jed and that’s why he is loved. He is clever and unlike his brother he can control himself. He works for the towns ruling duties also he helps vigilantes(police unit of the town). He is a responsible brother. Seiyu: Hino Satoshi (enough with hino satoshi and brotherly roles. Seriously ?! after Toma and kamui and now this . enough already. I don’t think my heart can endure it.)

He is a bibliophile, energetic, short tempered guy and because of his short temper he gets into troubles. He loves Jed so much and whenever he sees him, he goes after him. He is the leader of the vigilantes. He is a skilled sword user but doesn’t like to use swords. Seiyu: Soma Saitou.

Current leader of the wolf clan. she is mother of Lavan and levi, and she adopted Jed when she was little. She is the first one of two to know Jeds secret. Like most of the wolf clan she is helpful and lovely. She is a really bad cook, though. Seiyu Sayaka Oohara

Heir of the Hawk clan. He is angry, ruthless, charismatic, clever and hates to lose. He collects taxes also searchs Black Shadow murder cases backstreets. He keeps a distance with Jed but he is quite fond of Eiar. Seiyu Makato Furukawa ( Who would have guessed that Saitama has a cool voice)

Little, sharp tongued lady of the hawk clan. Likes her onisama so much. She verbally fights with Levi pretty well. Her name sounds really strange since the first time I’ve ever heard and still makes me wonder aren’t there any other name avaible. Same pronunciation as the word tea. Seiyu Yuri Yamaoka

Current leader of the Hawk clan. He is serious and merciless. His existence changes the atmoshephere of the environment. He has never been seen smiled. Seiuyu : Morikawa Toshiyuki

Also known as the tower overlord and he gave Jed a permission to stay in the tower, in exchange for he wanted him/her to be his servant. He is amnesiac and he likes to call himself wizard, fortuneteller, shapeshifter etc. and , of course, Jed calls him lazy dude in return. Those fights are my favorites of the game. He is the second person who knows Jeds secret. Even though he is the tower overlord, he rarely visits tower. I like his Hamlet like posture in this picture. Seiyu: Daisuke Hirakawa

Lovely priest of the church of the town. He is the one who asked Jed to find the stolen piece and when the time arises he helps jed, he gives hot tea in cold days. He is the one character you can not hate. Wish he had more screen time. Seiyu Kohsuke Toriumi ( My man :))

Elric and Rabbit – Erurikku to Usagi

Whenever I see him through the game, he gives me smiles. He is lovely, cute, teeny, tsundere kid who is also an orphan who lives with Lawrence in the church. He protects his rabbit at the risk of his life, he doesn’t afraid of the bandits who is taller and bigger than himself. He has two moles under his eyes, I don’t know whether this is familiar or not. Seiyu Kaito Ishikawa.

He is the incarnation of the word mysterious. He comes from nowhere and makes the tangled, messy, mixed up situations more tangled, messy and mixed up then leaves without no one noticing. Seriously no one knows how he comes or leaves. He is the only visitor of the town which hasn’t got any for centuries. He generally helps to Jed and he says he does this out of his curiosity. He also called by many other names such as Ash, Writer, Traveler …etc (There are more, but it would be spoiler). Seiyu : Daisuke Namikawa

There are more characters of course but those above are the most important ones.

This game originally designed for PSVita port and was put on the market in Japan in2016, later on this year launched in Steam. I played through steam because it cost more economic. The game took me 28 hour to finish and I wish I could forget it to play again. Begnining of the game ,especially investigation parts where you ask questions to townspeople, is found boring to many players but I think it is importent to develop the setting of the story and unlike many players I didn’t get bored by it. Game mechanichs are same with the PoBB, we have a flowchart, sometimes we can’t move on without playing some memories or listening townspeople and game has almost twelve ending. We can’t play some endings without finishing the others, so this makes us go up and down in the flowchart.

This game is perfect, great, good but that doesn’t mean that game hasn’t some problems. I left problems for another writing because I hold myself for not to telling. If you haven’t played, I’d say give it a go. Its visuality and musics are great. Could be played for only those. Yuiga Satoru made a great job aat character design and colouring. The color palette of the game are brown, grey, black, red and pastel tones and of course blue from the winter, colours don’t strain eyes. Ending theme Vermelho(means red in portuguese) and opening theme haizora no shizuku( means grey skys droplets but translated as snowdrop in english) are great musics and fits with the games atmosphere perfectly. They make me feel the towns cold weather and story while listening.

I hope we will have third installment. This serie is a gold piece among the other visual novels. A game which can be received appreciation from both men and women and did received. Where can I know you ask. I read a million reviews and I liked it so much that I wrote one. I hope sellings goes well and we’ll have a new game. We needed, there are lots of questions left unanswered. 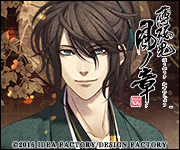 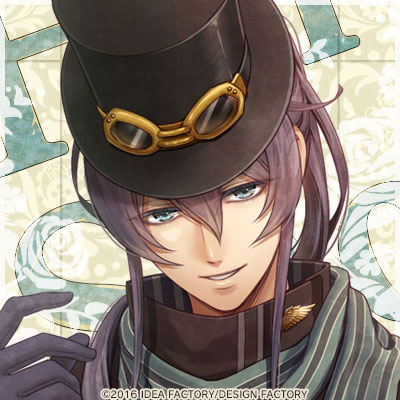 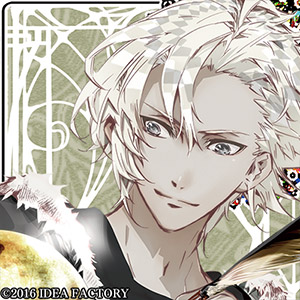 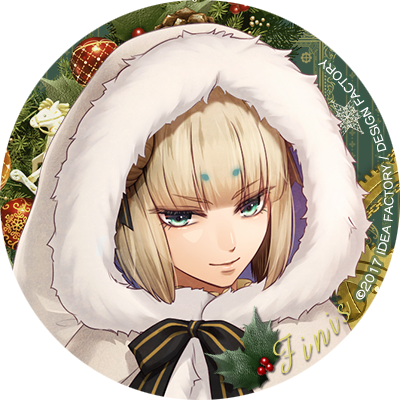